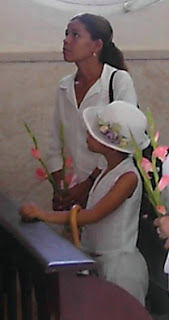 Yesterday morning, I managed to get through Gisela via chat. For starters, it was a miracle that the session wasn't mysteriously interrupted. This had happened before while chatting with Gisela's daughter, my cousin Jenny. She did complain that her e-mail didn't seem to be getting through. While I have no conclusive evidence, it is very possible that all outbound Internet traffic from the location she visits is being monitored.

My family had managed to speak with Tony on Saturday evening, so I had already gotten the latest on his state of health, which remains more or less the same. According to my mother, he seems to be in very good spirits. In any case, he sounded upbeat and, according to my mother, it would have been hard to believe that the person on the other end of the line was incarcerated under less than adequate conditions. 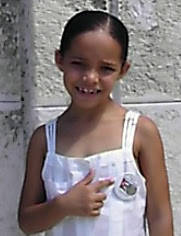 Regarding other events in this drama, Gisela continues to work through the system to get Tony a conditional release. Based on Tony's own estimate (which is hard to corroborate) his chances of a release stand at slim to none. In my mind, this assessment reveals his real sense of despair. He is certainly putting up a good front.

In the last few days, three members of the European Parliament visited Cuba and insisted on meeting with dissident groups. Damas de Blanco is one of these organizations and Gisela was in attendance, but the language barrier prevented her from conveying Tony's ordeal to the parliamentarians. For more information on this visit, read this article.

As you can see, I have uploaded more pictures of Gisela and Masiel.
Posted by Marielito at 1:42 PM