A daughter's plea for help 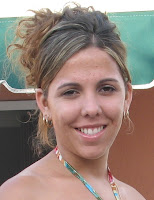 Following is the English translation of a letter drafted by my cousin Yenysel Díaz Sánchez. In it, she asks for the assistance of the international community in obtaining news about her father. It has been 25 days since anyone has heard from him. The Cuban regime has canceled family visits.

Hello, my name is Yenysel Díaz Sánchez, daughter of Antonio Díaz Sánchez (Tony), a prisoner of conscience in Cuba. My father was imprisoned during the repressive wave known as the Black Spring of Cuba during March 2003. He is one of the original coordinators of the Liberation Christian Movement (Movimiento Cristiano Liberación). Tony, Oswaldo Payá Sardiñas, and Regis Iglesias Ramírez were the individuals responsible for submitting to the Cuban National Assembly the signatures collected as part of the Varela project. This act of courage, which took place in May 2002, gave the Cuban people a glimmer of hope that a peaceful transition to democracy would be possible on the island. As a reward, the Cuban government condemned Tony to 20 years in prison in a facility located more than 700 km from his home. Eight months ago, Tony was transferred to the Carlos J. Finlay Military Hospital (located in the city of Havana and less than a mile from his house) for treatment of a case of ulcerative colitis contracted as a consequence of the precarious conditions of his confinement. In the last few months, Cuban State Security officials informed my father that, should he agree to wear the uniform of a common criminal, he'd be transferred to a nearby prison with better living conditions. As my father was unwilling to submit to this blackmail, he was punished by being sent instead to Canaleta prison in Ciego de Ávila prison (500 km from his home).
The most worrisome aspect of this situation are the deplorable conditions of Tony's confinement. He has been placed in a humid punishment cell with the dimensions of a cage and with a hole for his basic bodily functions. He has a slab for a bed and doesn't get enough light. Tony has no communication with the outside world and is subject to what can be described best as a concentration camp diet--notwithstanding the strict diet prescribed by the doctors. The inhumane nature of Tony's imprisonment is the source of his deteriorating health and chronic pain and discomfort. It is both physical and psychological torture, inflicted on an individual for attempting to defend his human dignity under the most disadvantageous of circumstances. It has been 25 days since my father was transferred to Canaleta and his family has received no news of his current status. The Cuban government has canceled all family visits. We have no idea whether he is dead or alive. I ask all persons of good faith, on my behalf of my ten-year sister Lázara Massiel Díaz Sánchez, to prevent the death of our father in a Cuban dungeon at the hands of persons incapable of respecting the rights of a man that has dedicated his life to the defense of the human rights of an entire nation. Thank you for your consideration.

On the 16th of June, the Diario Las Américas published an editorial by Oswaldo Payá Sardiñas in which the leader of the Varela project takes the opportunity to wish Tony a happy birthday (Tony turned 47 on the 14th of June).
Posted by Marielito at 11:17 AM