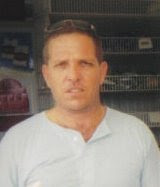 Well, my last report suggested that Tony was on the cusp of being transferred to a hospital in or near Havana, but the authorities have not taken any such action yet. In fact, as Gisela's message (posted on Osvaldo Paya's blog) makes abundantly clear, Tony's health continues to deteriorate (along with his spirits) and Gisela and the girls are also in a declining state of health.

Despite all the discouraging news from Cuba, Tony's plight has been getting more and more attention recently. El Nuevo Herald published what looks to be an op-ed piece written by Miriam Leiva, an independent journalist in Cuba. In it, she mentions Tony and his poor health in the context of the self-congratulatory tone of recent pronouncements by the Spanish Government on the topic of Cuban-Spanish cooperation. Last night, my mother appeared on America TeVe's A Mano Limpia to talk about Tony and his situation. I didn't get a chance to watch it online because the feed was down. I have been on the prowl to see if someone recorded it and uploaded it to YouTube, but I haven't struck gold yet. I will keep checking.
Posted by Marielito at 4:23 PM